If we rank metals by value, then you would progress first from gold, to silver, to copper in that order. Let us compare the value of these three metals.

The exchange value of copper is a mere 1/3200 of gold and 1/60 of silver, but what about its practical value? As mentioned earlier, copper has not only played a major role in accelerating the development of human civilization. Despite its high practical value, copper's monetary value decreases because it can be obtained more easily than gold and silver. It comes down to basic supply and demand.

Only high-quality water pipes ensure the provision of clean water. In the past, there were times when steel or other types of pipes were used because of their low price, but they compromised the quality of the water, turning it rusty. These pipes shortened the lifespan of the tap water pipes and buildings and contracted the caliber of pipes, wasting much energy in order to maintain the water pressure. In the end, the use of cheap pipes inflicted widespread damages to consumers and the national economy.

Aside from its cleanliness, copper easily bends and ducts, therefore copper pipes rarely burst in precipitously falling temperatures. Thanks to their flexibility, copper pipes hardly damage or leak during earthquakes.

The U.S., Europe and Japan are already using copper pipes as tap water pipes. Australia, the host of the Environmental Olympics, also advocates the use of copper pipes.

Starting in April 1994, the Ministry of Construction in Korea made it mandatory to use copper pipes and other rust-proof water pipes. The Korea National Housing Corporation chose copper pipes for all indoor hot water supply piping. A growing number of large construction companies and redevelopers are doing likewise.

Copper pipes have a high thermal conductivity, giving excellent heating capability which helps reduce fuel costs. Likewise, copper pipes do not accumulate scales, allowing access to clean water at all times. Copper pipes are much more economical and their life span is longer than the houses in which they are installed.

Most metals, for instance iron metals, exhaust their value with the passage of time. Copper, in contrast, retains its value indefinitely. 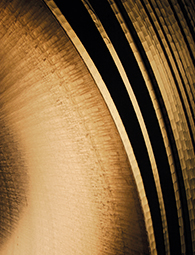